KCATA is studying the area of Independence Avenue to see if it is appropriate for the development of a new MAX Bus Rapid Transit (BRT) service along Independence Avenue. This would potentially make this the fourth MAX corridor following Main MAX, Troost MAX and Prospect MAX. The study began in early 2018.

The project study area is approximately 12 miles long, from the downtown Kansas City, east to the historic square in downtown Independence. Many of the neighborhoods along the Independence Avenue corridor are some of the most historic and diverse in the entire region. In recent decades, the Historic Northeast has become home to many immigrants and refugees from around the world, with over 50 languages spoken in the area.

While planning for an Independence MAX is still in its early phases, planners used data to evaluate several possible alignments in downtown Kansas City and within the City of Independence. Through this evaluation process, input from the Advisory Committee and public input, a preferred alignment was developed.

The next step in studying Independence BRT would be an environmental review.

A new funding mechanism is required to support any new regional services. 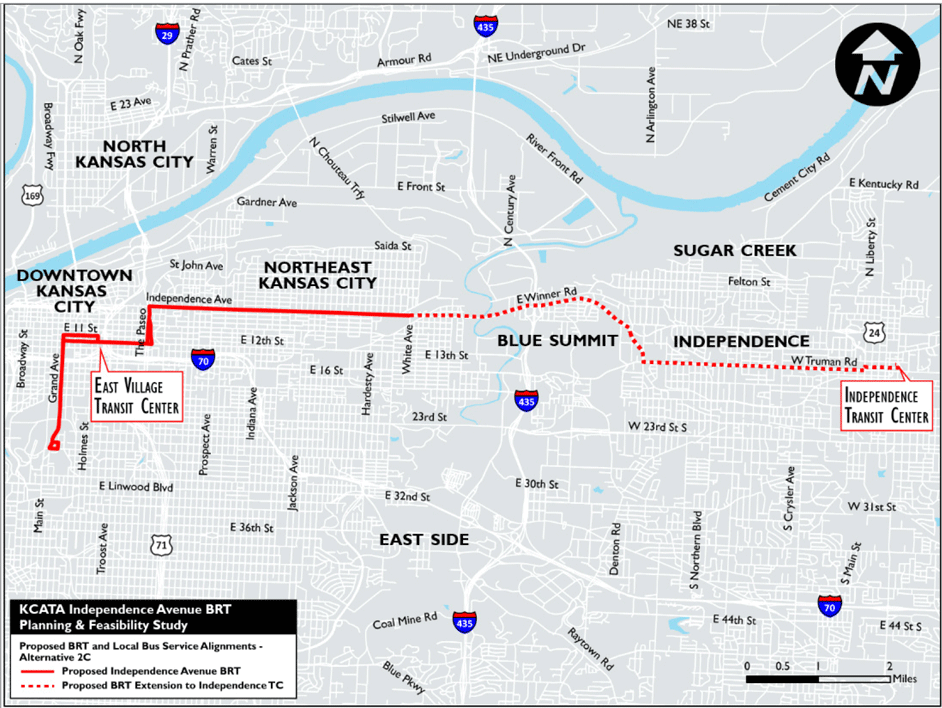