Exploring the Connection Between Race and Transportation

What is the connection between race and the way communities have built roads and highways? During the last week of Black History Month, KCATA staff had the opportunity to hear from Michael Kelley, BikeWalkKC Policy Director, about how transportation planning has negatively impacted communities of color.

In the mid-1950s, President Eisenhower promoted building highways under the Federal Aid Highway Act. In this post-war boom, 41,000 miles of interstate highways were built. The highways were promoted as a way to improve national defense by allowing for the movement of troops across the nation. Another effect, however, was sprawl and quick growth of the suburbs. Under the GI Bill, veterans had access to bank loans for purchasing and building homes, as well as buying automobiles. Most banks refused to give mortgages or other loans to Black people, making the benefit not applicable to Black GIs.

Across the nation, the building of highways was promoted as method of “urban renewal” and the removal of blight. Communities of color were frequently targeted, as racism and racist policies devalued these communities and the property owned by minorities. In “clearing out” these locations, community ties were weakened, and property values fell.

The Local Story: US Highway 71

Kelley provided a closer look at the history and construction of US Highway 71, finished in 2001. The intersections of US 71 and Gregory, 55th and 59th are among some of the most crash-heavy spots in Kansas City. The highway travels through some the census tracts with the lowest numbers of car ownership, creating isolation. The Connecting Swope study looked at ways safety could be improved in the areas surrounding the highway. It is awaiting funding and direction from the Missouri Department of Transportation.

“If we build highways for automobiles, but build those highways through part so the city where people have the most limited access to those automobiles, we are isolating them from the resources they need to achieve and maintain a good quality of life,” Kelley explained.

Kelley also noted that over the time that US  71 was planned and built, all levels of government, from local to federal, have decreased the proportion of spending on multi-modal transportation. Investments in transit, walking and biking have been slow to come to this part of Kansas City.  Additionally, the emphasis on the throughput and speed of roadways has made them more dangerous if a person is hit by a car. For example, if a person is hit by a car at 20 MPH, they have a 90% chance of surviving versus a 20% chance of survival if a car is going 40 MPH.

Locally and nationally, communities are recognizing the connection between roads, traffic, equity and health. Complete Streets is a policy that many communities, including Kansas City, Mo., have adopted. Complete Streets are streets for all road users, especially “people who have experienced systemic underinvestment or whose needs have not been met through a traditional transportation approach,” such as older adults, people with disabilities or people without a car, according to Smart Growth America.

Vision Zero is a strategy to eliminate fatalities and serious injuries on roadways by providing safe, healthy and equitable mobility for all.  The City of Kansas City, Mo., recently created a Vision Zero Task Force to develop an action plan to eliminate fatalities and serious injuries by 2030. KCATA is participating in the Task Force and is supportive of its goals.

Are you inspired to learn more and take action? 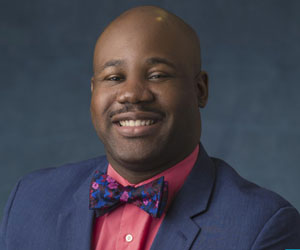 BikeWalkKC has an upcoming advocacy training at 6 p.m. on Thursday, March 4. It will explain how active transportation policy works at the federal, state and local levels, and how people can get involved. Sign up at the BikeWalkKC website and follow their events for future opportunities. See: https://bikewalkkc.org/events/advocacy-101/

To dig deeper into the connections between race and transportation, Michael Kelley’s provides a shortlist of recommended reading:

Many thanks to Michael Kelley for speaking to KCATA employees during Black History Month!

About BikeWalkKC: The Mission of BikeWalkKC is to redefine our streets as places for people to build a culture of active living. Their vision is a community that is barrier free, has complete biking and walking access, and has a connected culture of active transportation and active lifestyles.