The Trail is a “virtual” experience, so anyone can start exploring the City’s rich history from a phone or computer. Using the maps, people can also navigate the neighborhoods and historic sites in person. Go to AAHTKC.org to get started.

The African American Heritage Trail was developed through community input and is an open-ended project that will continue to grow as people contribute to the website.

“While we say ‘trail’… This was structured in a different way,” explained Williams. “A lot of this is about people being able to craft their own experience by deciding the types of sites they want to see.”

Wolf noted the virtual format allows people to explore sites that may no longer be around but are still significant to the City’s history.

“A lot of times, people don’t know they are significant until they are in danger of being lost,” Wolf said. “This virtual format also allows us to highlight what has been lost. There are a lot of sites that have been demolished, but we wanted to capture that history and plot it on the map.”

RideKC along the Trail

Ready to make the virtual tour into an in-person tour? We have a couple RideKC routes to get you started. Remember that many of the buildings on the Trail are now gone.

18 Indiana travels to the Kansas City Jazz District, and the area is rich with history. While some of the locations on the trail are no longer standing, there are plenty of sites still standing tall. The Gem Theater was designed in the early 20th century as a silent movie for the city’s Black population. The Mutual Musician’s Foundation was home to the Local 627, then known as the "Colored Musicians Union." As the union hall for Local 627, it served as a clearinghouse for gigs, a place to file grievances against unfair practices by band leaders or agents, and most famously as a gathering place for member musicians. While there are more than 20 noted sites in and around the Jazz District, you can head further south on 18 Indiana for a few more points of interest. The route stops by the Spirit of Freedom Fountain and the Bruce R. Watkins Cultural Center along Brush Creek.  And at the southern end of the line, you’ll find Swope Park and Shelter #5. The shelter may not look much different than other limestone and wood trussed shelters in the park. However, until the mid-1950s, it was the only shelter available to Black people.

Through the Westport area, several notable sites are close to RideKC’s 35 35th Street route. Steptoe was a segregated Black, pre-Civil War neighborhood within Westport. The boundaries were generally Jefferson to Wornall, from 42nd to 44th streets. Schools and other institutions were created to serve the local African American population. St. James Baptist Church is one of two churches that organized for Steptoe residents. Penn School, which closed in 1955 and was destroyed by fire in 1963, was the first school west of the Mississippi River for the sole purpose of educating Black children. The school was built around the Civil War (recorded dates vary) located at 4237 Pennsylvania, at the end of the Westport extension of the trolley line. 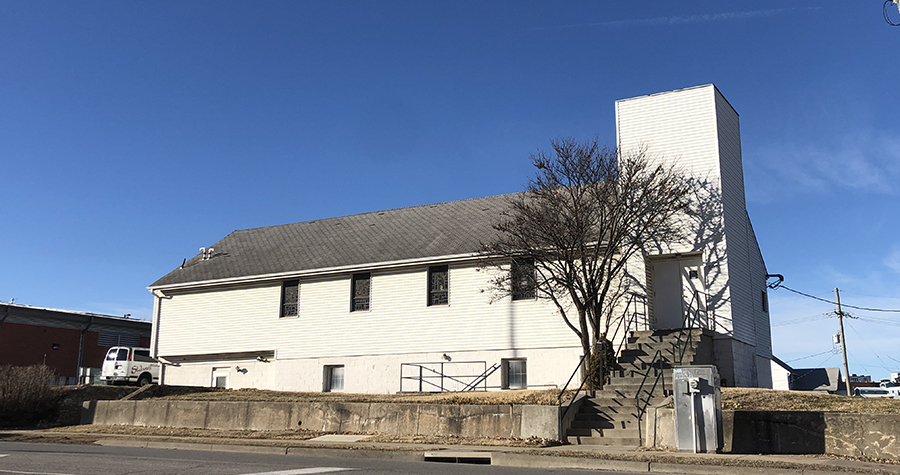 While this church may look plain at first glance, it's a significant piece of Kansas City history. St. James Baptist Church is one of two churches that organized in the Steptoe area, the segregated neighborhood in the Westport area prior to the Civil War.

The Trail website goes beyond historic locations and people. A Calendar of Events includes online and live events to learn about Black History in Kansas City and beyond. People also have a chance to share their own photos, histories, and papers with the project. The website includes references and resources for those who want to look further.